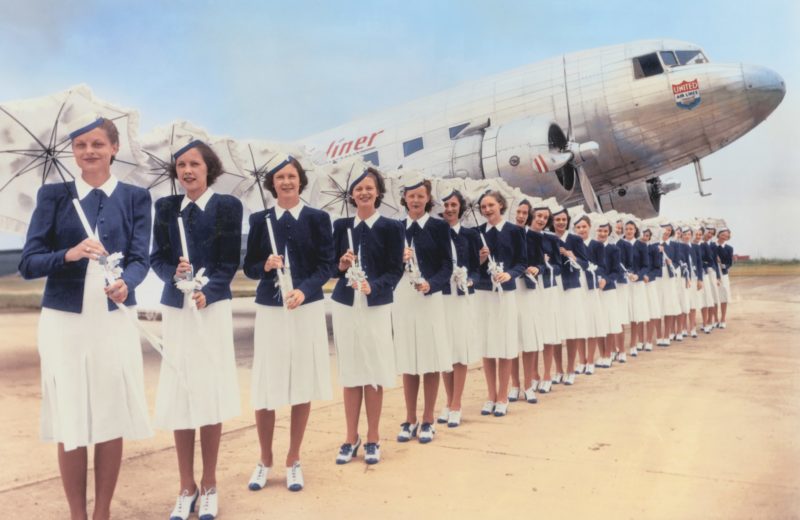 If you are like me and love most things vintage, than flight attendant uniforms would sit in the top 10 favorites.  Over 70 pieces of fashion history are now on display at San Francisco International Airport as part of the “Fashion In Flight: A History of Airline Uniform Design” exhibition. SFO Museum Assistant Director John H. Hill spoke with Condé Nast Traveler about the show, which runs through January 8, 2017. 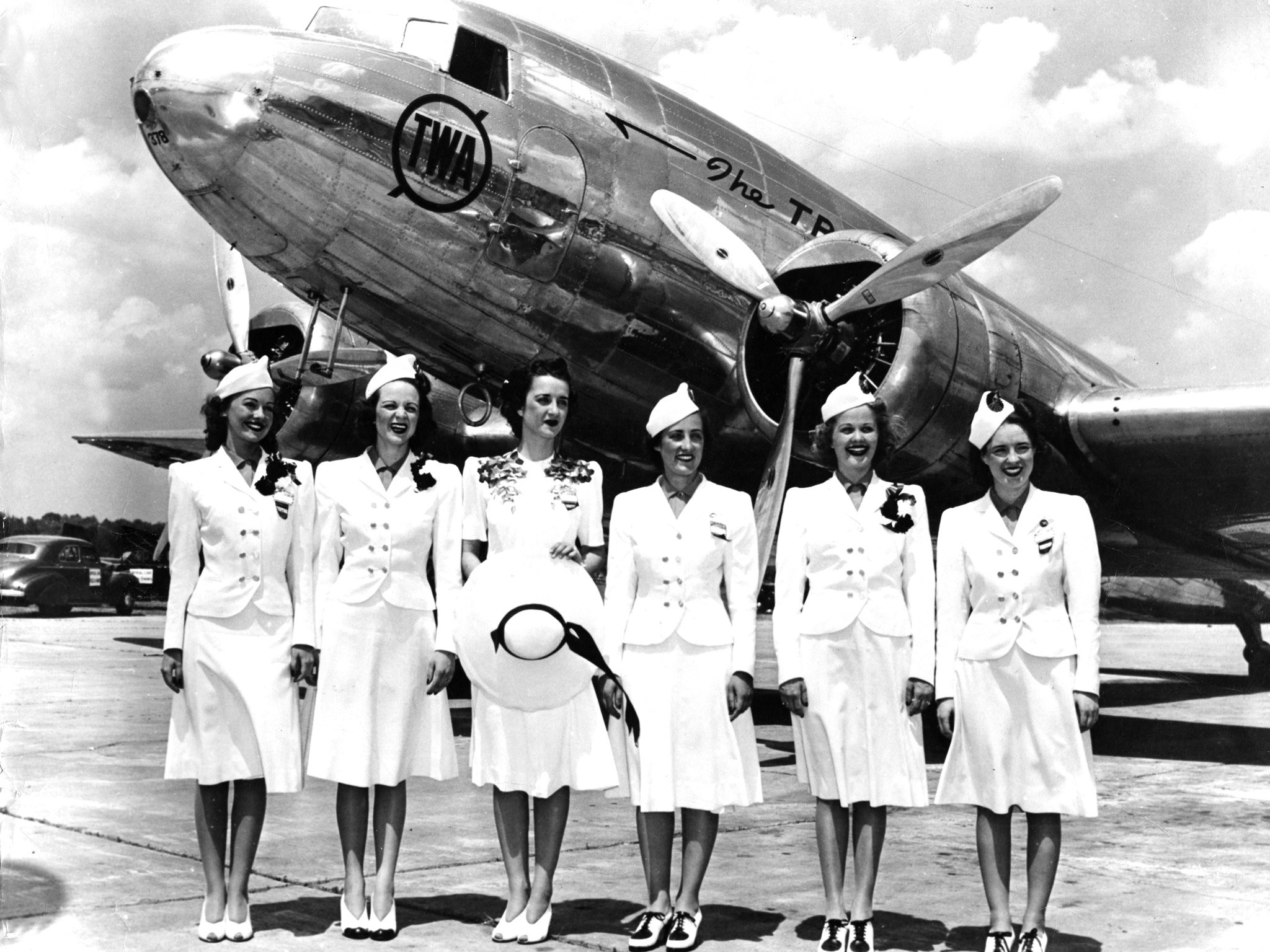 Although today’s airline uniforms are quite stylish, Hill remarks that the history of uniforms hasn’t been all drab: “There’s some exceptional tailoring and design in the propliner era. It’s an interplay between the nursing attire—it was a requirement in the earlier days for a stewardess to be a registered nurse—and the blend of militarism in the cuts and colors.” 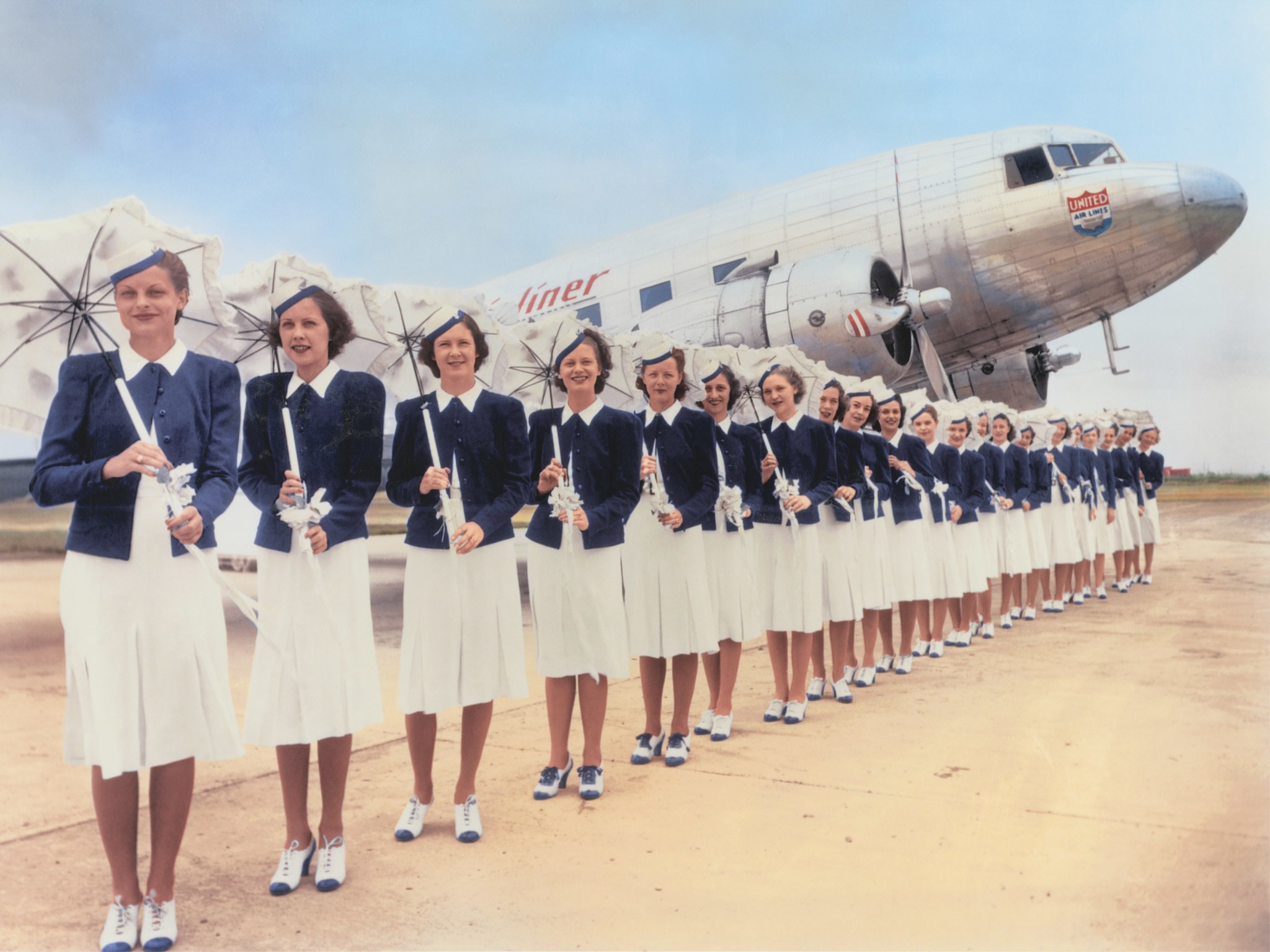 “The very first [cabin crew] uniform originated in SF. The first female hire in airlines as cabin crew as a stewardess, the term of that day, was 1930 for Boeing Air Transport. She was hired in San Francisco and the uniform was designed in-house by a manager for Boeing Air Transport, one of four subsidiaries combined into a start-up called United Airlines back in the 1930s.” 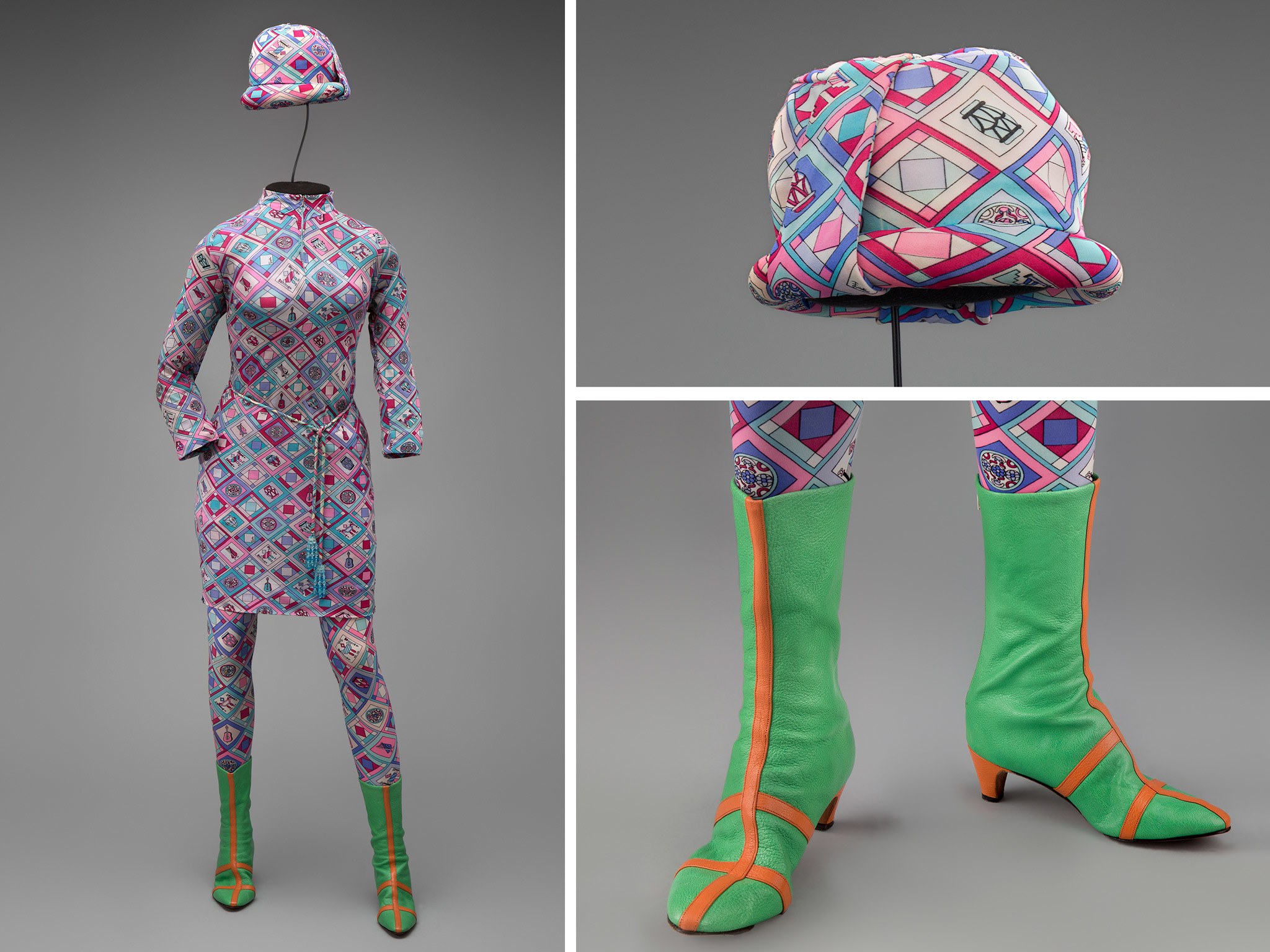 Since the exhibition debuted in June, we wondered what uniforms are seeing the most interest from visitors. According to Hill, the most popular has been the vibrant, go-go pattern ensemble by Pucci for Braniff International. “These uniforms were so wild in their colors and silhouettes, and so different in that they were a reimagining of what a uniform is. They embody a time. Up and before that point, uniform fashion was trying to keep up with general fashion…and for this brief period you could say that airline fashion leapt out ahead of [the fashion industry].” 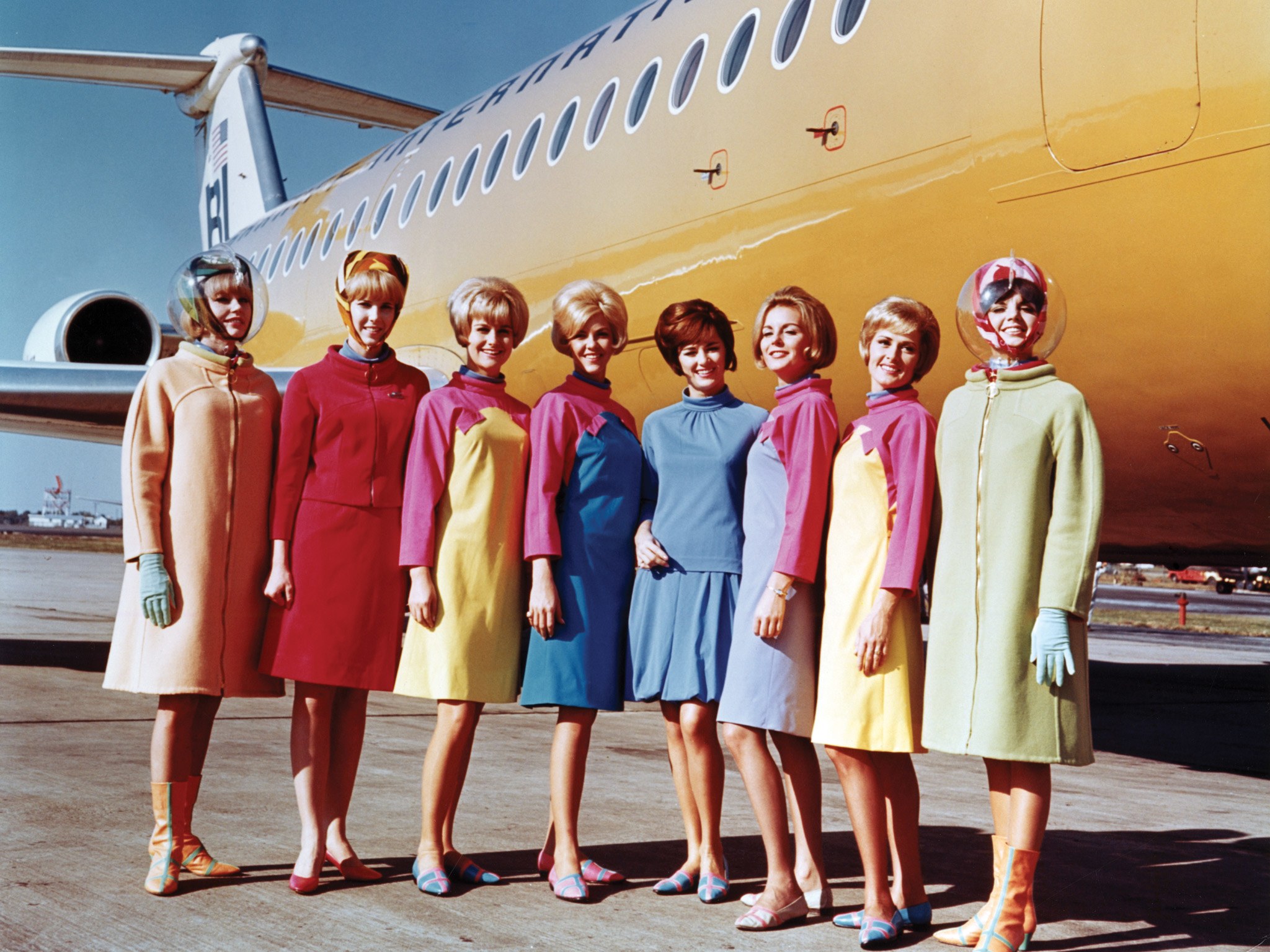 “We couldn’t do the whole history of uniforms for every airline. We’ve kept to more of a western fashion history, which would be to say Paris, New York, and Hollywood,” says Hill. As expected of a west coast institution, the SFO Museum’s collection features a large percentage of U.S. airline fashion. 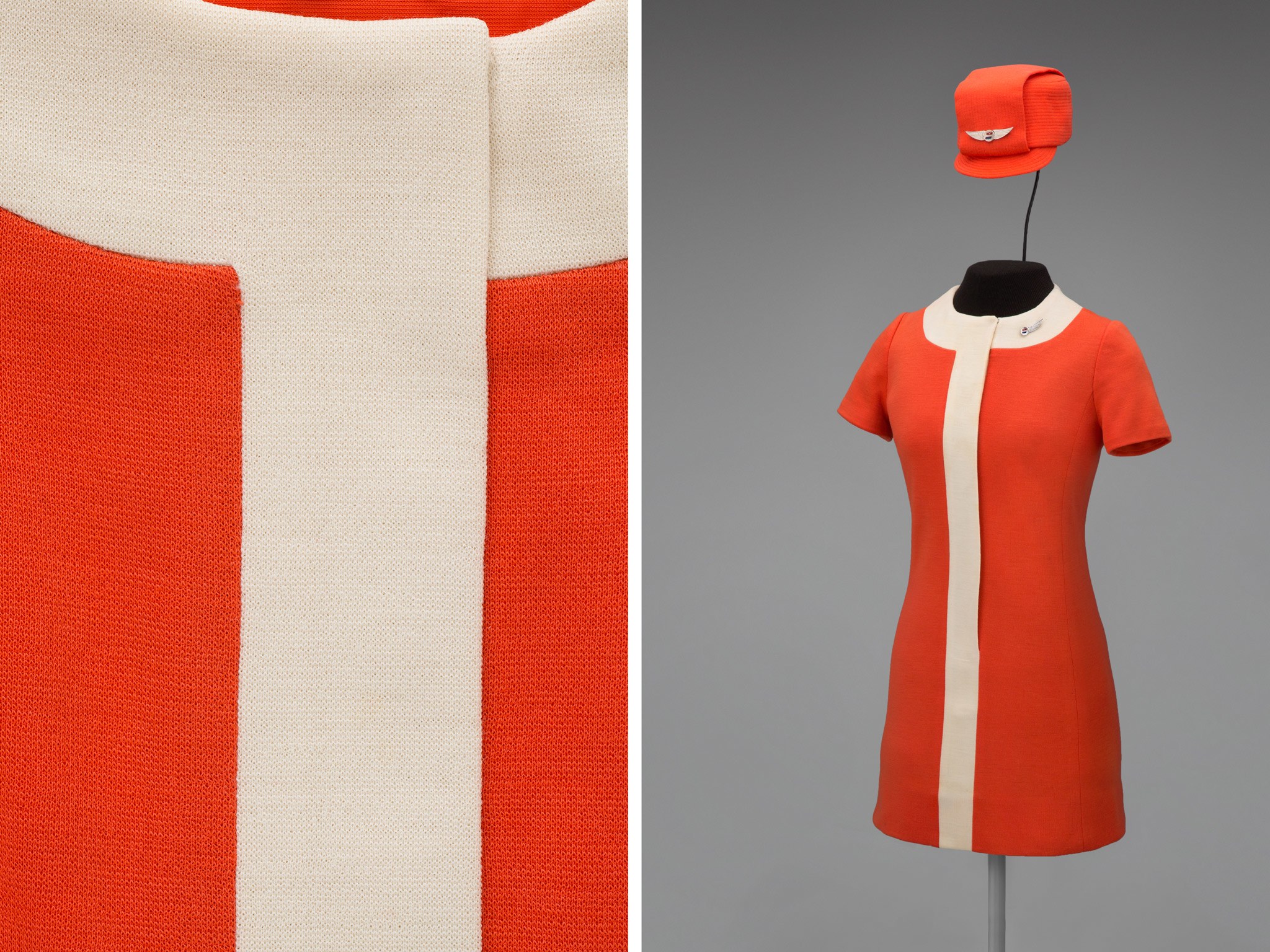 “By the 1970s the youth culture was in full swing and psychedelia and the space race were happening and jet-setting was going on. Uniforms are macro-artifacts of what was going on at the time.” 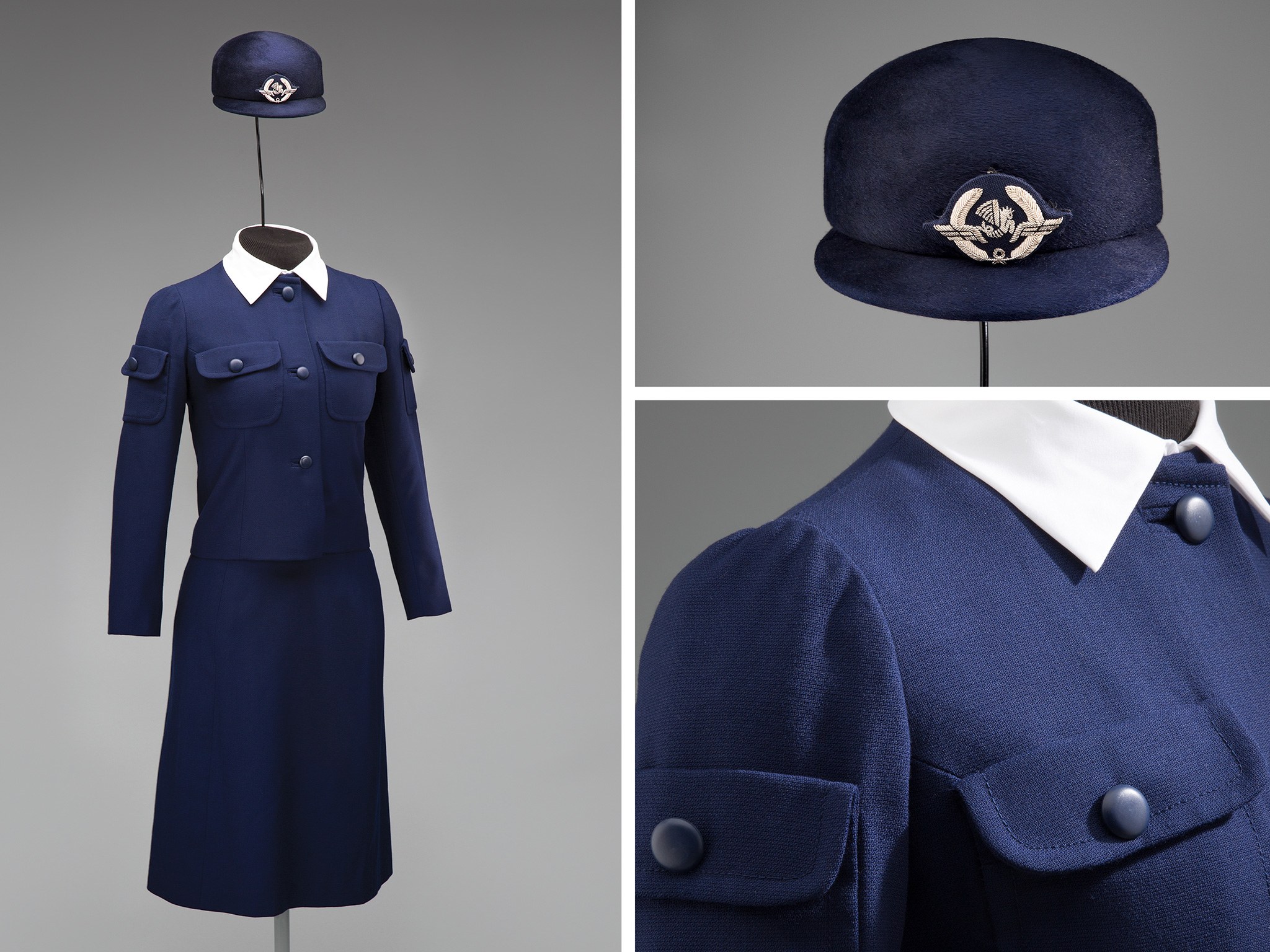 As for Hill’s personal favorite uniform of the collection, he singles out a seemingly plain, navy blue uniform: “I’m a big fan of Cristóbal Balenciaga. He did a uniform for Air France and it sort of sits between some of the first colorful, mix-and-match uniforms by U.S. carriers and the California wild uniforms, and yet it’s extraordinarily elegant, kind of understated, and sort of the pinnacle of fashion in flight because it’s beautiful, the tailoring is sublime, and the simplicity is profound.”

So for lovers of vintage, If you’re jet-setting via San Francisco, Be sure to give yourself sometime to check out the exhibition.

No More Laundry – The innocence of flirtatious fun